Attending college can be a young adult’s most stressful period of life. Moving away from home, studying independently, and adapting to a new environment are all factors that can increase this stress, and some individuals may turn to substances as a method of coping.

Going on nights out and drinking heavily at college events are common occurrences within a university lifestyle, meaning that drinking is not often seen as a danger, and developing an addiction can happen very quickly if not properly managed.

Studies show that individuals in college report higher levels of drinking during special events such as birthdays, public holidays (e.g., Halloween, Christmas), and exam finals, adding to the dangers of developing a drinking problem during these times (1).

How do I know if I’m addicted? 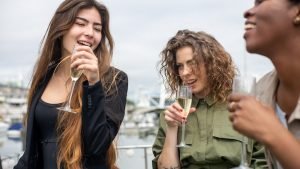 Often, knowing whether or not someone is struggling with addiction can be challenging, especially if they begin to hide or conceal their behaviours due to embarrassment or shame.

Within the college environment, this is especially true due to the previously mentioned factors such as a heavy drinking culture and multiple social events.

In cases where it is difficult to tell, there are some tools that can be used to help the individual diagnose an addiction and seek further support.

For example, the CAGE questionnaire is a commonly used tool by medical professionals, aimed at assessing the key areas affected by alcohol addiction and allowing the individual to consider and be given suggestions for future rehabilitation.

The CAGE questionnaire is an acronym for the areas which it assesses: cutting down, annoyance by criticism, guilty feeling, and eye-openers.

If the individual answers yes to two or more of these questions, they are considered to have clinically significant alcohol dependence and are recommended to pursue further treatments.

The CAGE questionnaire is especially useful for detecting alcohol dependence within medical, surgical, and psychiatric inpatients, but may not perform so well for college students and other specific demographic groups (2).

The risks of alcoholism in college 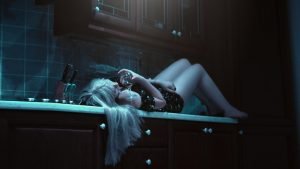 Developing an addiction to alcohol can have many effects in both the short term and the long-term.

This can have devastating impacts on the individual’s financial and social life as well as their career.

While at college, however, these impacts can be worsened even further. Most individuals attend college to gain further qualifications and experiences but, with an alcohol addiction, these plans can become far more difficult to follow.

The following subheadings outline some of the key ways in which alcoholism at college can impact students.

The individual may begin to drink heavily before classes, leading to a lack of concentration and engagement during class as well as the risk of not turning up at all.

This can have serious impacts on the individual’s final grades, their pass success for the year, as well as their mental health concerning their performance in exams.

Especially in America, the costs of terms at university or college can be significant, meaning that drinking heavily during time in college can also cause the individual to have serious financial problems while in college, as well as afterwards.

If an individual is drinking heavily, this may be reflected in their behaviour.

Though not every individual behaves the same way while under the influence of alcohol, there is a high likelihood that individuals may become aggressive, overly confident, or agitated.

This, in turn, can cause issues within the individual’s social life, sometimes leading to expulsion from a social group and increased isolation.

Isolation can often worsen the individual’s drinking problem, as well as their mental health, as they have increased their time alone (3).

While an individual is under the influence of alcohol, there are many functions that can be impaired. This influences how the individual sees the world around them, and how they interact with it.

These two factors can easily become confused or uncoordinated while an individual is under the influence of alcohol and can lead to serious harm.

Most of these effects are physical, meaning that an individual may be at increased risk of falling over, walking into objects, and losing their balance in general.

These can quickly lead to injuries, also worsened by the dampening of the individual’s senses, meaning the injury may go untreated for longer periods of time and therefore also take longer to recover from.

Trouble with the law

Alcohol is known to impair an individual’s decision-making skills (4). This is especially true when the individual is presented with new information during an event, meaning that it is difficult for them to adapt or change behaviours quickly once they have made their decision.

This can cause an increase of risk across multiple areas including engaging in illegal activities (5), other elicit substance use, and an increase in risk of assault (as a perpetrator and a victim).

If the issues of the individual experience with the law, then this may also impact their academic performance, with many colleges and universities opting to kick out students who are known to have been in trouble with the law, especially for more serious offences.

A long-term addiction to alcohol can have a range of effects on the individual. This includes both physical and mental effects, some of which can last years.

In some cases, individuals are administered medical interventions such as Librium to reduce the harmful physical effects.

Development of an alcohol addiction

If an individual consumes a large quantity of alcohol over long periods of time, then they are at increased risk of developing an alcohol addiction, also known as alcoholism.

This is because of the way that alcohol affects the brain, altering neural pathways over time and affecting areas associated with vital hormone production such as serotonin.

This is why alcohol is a physically addictive substance as the individual becomes dependent on alcohol for the production and synthesis of chemicals and hormones in the body which it would be unable to produce without the presence of alcohol. 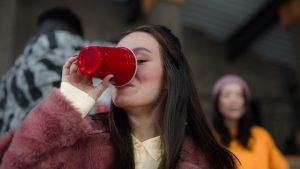 If you suspect that you or someone you know has an addiction to alcohol, whether they are in college or not, then it is important that rehabilitative support is sought as soon as possible.

If left untreated, addiction is a disorder which can become increasingly worse, adding to the time and effort that an individual will need to put into later rehabilitation, as well as adding to the risks during a detox session.

However, there are some treatments that can be used to help individuals overcome their addiction and continue rehabilitation in the long-term to control and manage their symptoms, triggers, and cravings.

Below are the most common and effective treatments for individuals struggling with an addiction to alcohol in college.

Most colleges and universities offer some form of mental health support, but there are many other external options available across the UK that are available for individuals of all backgrounds, including students.

This is also a therapy based on the theory of changing negative thought patterns associated with addiction and helping them to become more supportive and motivational in the long-term.

This specialisation and flexibility are just two of the reasons why CBT is so commonly administered and used across the field of addiction treatment.

Another common treatment programme may not seem like it but is in fact one of the most effective ways of helping someone recover from an addiction.

Addiction support networks, such as Alcoholics Anonymous, allow individuals to meet regularly as a group of like-minded individuals in similar situations.

This not only allows the individual to share their experiences and feel accepted within a community, but also allows them to learn from other individuals’’ experiences, adding to their own personal development and coping mechanisms.

This is especially common at university and colleges due to the ease of access of setting up and the community environment which many colleges advertise.

There are many more treatments available for individuals struggling with alcoholism at college, as each individual is different and will present their symptoms differently.

To learn more about these specialised treatments and how they may help you or someone you know, please get in touch with Rehab 4 Alcoholism today on 0800 111 4108.

[2] Dhalla, S. and Kopec, J.A., 2007. The CAGE questionnaire for alcohol misuse: a review of reliability and validity studies. Clinical and Investigative medicine, pp.33-41.

Is Alcohol a Drug?

Although many individuals may consider alcohol not to be a drug, it is in fact one of the most dangerous and commonly consumed substances. Predominantly made up of the chemical …

END_OF_DOCUMENT_TOKEN_TO_BE_REPLACED

How to Stay Sober?

An addiction to alcohol can massively affect an individual’s daily life. From issues within the individual’s job or school life to relationship struggles and financial issues, the effects can be …