David Nutt: Why Alcohol is as Harmful as Class A Drugs 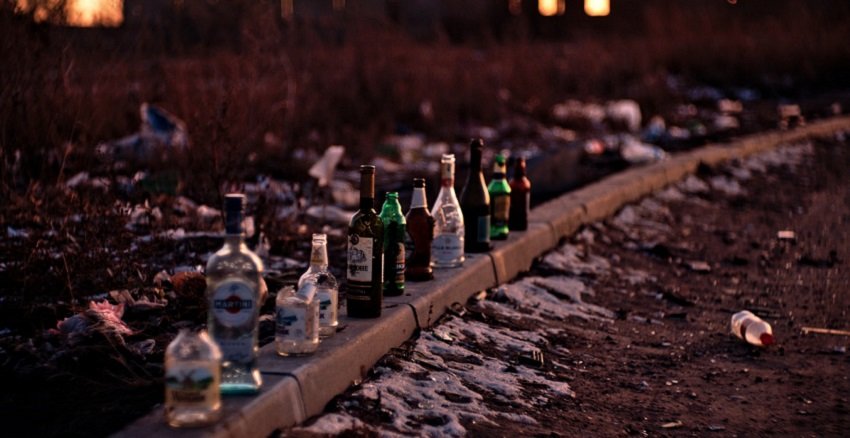 Alcohol is rarely put on the same footing as other drugs; it’s rarely referred to as a drug at all. It is glamorized, celebrated and seen as just ‘the thing we do’, with 57% of the population regularly consuming the toxin. [1]

It may, therefore, come as a surprise to some that alcohol, according to a medical study in The Lancet, was found to be the most harmful drug above all in society. [2]

The study and its findings

The study was conducted by Professor David Nutt and his colleagues on behalf of the Independent Scientific Committee on Drugs. The study rated 20 different drugs on 16 different types of harms; 9 areas related to the harm to the user and 7 of harm to others.

Alcohol scored less dangerous to the user than heroin or cocaine, though it is more harmful overall because of the damage it inflicts on others and society. [3]

This is quite the sobering finding and is not one many wishes to acknowledge – even with such solid evidence in front of them. It makes people uncomfortable, and it made government officials so uncomfortable that Nutt was sacked.

Some criticized the report for being ambiguous; the harms assessed apparently being too arbitrary.

But the reality is, these are the harms of alcohol. The substance is so pervasive that there isn’t always a metric by which to measure objectively.

This can be perceived as a clutch-at-straws attempt to protect the nations favourite drug, instead of protecting its people.

Why is alcohol so popular?

Alcohol is the social glue in our society, held up by universal acceptance that causes us to greatly exaggerate its importance in our daily lives. We have become so desensitized to its true nature that a hangover has even been romanticized as ‘hangxiety’ – you know that crippling, debilitating feeling the morning after one too many?

Many an anecdote, especially for the younger generation in recent years, begins with ‘we had way too many cocktails or beers,’ which is then followed by an entertaining story about the night’s antics.

So too does the tale of the next day: ‘we were all so hungover and…’ which is then followed by a statement of communal gluttony and sloth. But this is a widely accepted recital, even made out to be a humorous narrative.

Perhaps even glorified, for those who attended university, went travelling, celebrated a stag or a hen do, or even a wedding or a Christening. What society is failing to remember is that these events, stories, wild and comical tales were all influenced by none other than a mood-altering drug: alcohol.

The statements above would receive a stark response if those recalling their alcohol-fuelled adventures substitutes their references of ‘cocktails, beers’ and hangovers’ for forms of illicit Class A drugs. Imagine the response?

In theory, alcohol is no different than cocaine, heroin, cannabis or other illegal drugs in the fact that it is a synthetic toxin that inebriates the user, disrupts chemical balances in the brain and throws our natural receptors out of sync.

The media has normalised this by giving it a trendy name. But it is anything but normal. The true ramifications of alcohol are a world away from just ‘hangxiety’ or in whatever way the media wish to sugar coat abusing alcohol.

Sugar coating is literally what the drinks industry does; infuses alcohol with sweet chemicals which appeals to both the younger generation and to those who otherwise wouldn’t like the taste.

What does the law say about alcohol?

The word legal’ attached to the substance gives a false sense of security that consumption is safe when in actuality it is an addictive drug that kills millions of people globally each year. [4]

Last year alone there were 8000 alcohol-related deaths in the UK. [5] Alcohol-specific admissions to hospital have also risen by 19% over the last decade. [6]  All of which places an immense unnecessary pressure upon our healthcare system.

The UK’s alcohol regulations are nothing more than smoke and mirrors. Unlike Britain’s policies on smoking, which include increased taxation and bans on their open display and advertisement, alcohol is readily accessible to anyone over the age of 18. It can be bought in copious amounts and its advertisement is legal.

The irony, you ask? Over the last decade, alcohol prices have increased by 27% yet it is 74% more affordable  [7] than it was in 1987. This makes it more accessible than ever. Accessibility, Nutt claims, is the driving force which keeps our drinking culture thriving.

But this makes sense when you look at the impact the alcohol industry has on the economy; it is kept reasonably quiet that it annually contributes £16 billion in the UK.

This could enable one to think that those in power want alcohol to be accessible. That they do not want the financial hit that will result from illegalising or even reducing consumption.

Reluctancy to illegalise alcohol is also masked by deflecting the issue onto already illegalised drugs, ironically those causing the least harm to society. The prohibition of alcohol itself is unlikely but there are numerous strategies that could be put in place instead to reduce the harm it causes.

There have been calls to follow in the footsteps of Scotland who, in 2018 introduced minimum pricing per unit. This simple measure reduced alcohol intake by 7.6% per week.

The government in England and Wales have rejected such policies time and time again. If the same measures as Scotland were implemented in the UK, this would systematically reduce the accessibility of the drink and in turn reduce the financial burdens upon our healthcare system.

One other problem is that the regulations we do have are mainly reactive as oppose to proactive.

It is not enough to step in when the damage has already been done. We cannot arrest or punish our way out of this problem: it needs to be treated as a health issue as opposed to a criminal one.

That’s not to say those committing crimes shouldn’t be reprimanded, but the objective needs to be aimed at the fundamental problem here, and that is the accessibility of alcohol.

So how exactly is alcohol harmful?

It’s a common misconception that only those suffering from alcoholism or dependency should be concerned about its harms. Nutt states that there is no level of alcohol consumption that is without risk  – and its harms are tangible and intangible.

But alcohol’s insidious and pervasive character means it wreaks havoc in ways that aren’t always clear to the naked eye. This ranges from psychological distress to its ability to destroy a family, our physical and mental health, our employment, and empty our bank account.

It would be rare to find one family that isn’t directly or indirectly affected by alcohol use. But these intangible harms aren’t usually what springs to mind when conducting a study on the effect of illegal, illicit, or highly addictive drugs. This is why it was vital that Nutt and his colleagues did so.

How does alcohol affect the body?

There isn’t one organ system in the body that alcohol does not detrimentally affect. Alcohol accelerates the body’s aging process, is linked to over 200 illnesses, including 6 direct links to cancer and can cause fatal injuries.

Its long-term effects sneak up on the user. This may be the reason that more people aged 45 and over die from alcohol-related illnesses compared to any other age group: because their use has been prolonged.

There is compelling evidence that alcohol consumption is linked to mental illnesses such as depression, anxiety disorders, schizophrenia, bipolar disorder and is a factor in 30% of suicides each year.

Yet still, impairment of mental health is one example of the contradicting justifications to illegalise other drugs (for example, cannabis) but almost completely ignored when considering the dangers of alcohol.

Then, when it comes to withdrawing, alcohol is as dangerous as heroin or crack cocaine. Off-licences are on the list of essential businesses allowed to stay open during the current coronavirus lockdown.

Perception of addicts – the blame and shame

Society holds alcohol on a pedestal. Couple this with a policing system that punishes the user rather than preventing the harm in the first place. This creates a vicious cycle that feeds the stigma surrounding addiction.

The stigma is projected by the stereotypes of ‘irresponsible’, ‘out of control’ and ‘self-indulgent’ users, implying some sort of moral failing by that person. There is seldom blame on regulators and manufacturers.

We can, with more conversations about alcoholism, slowly erode this stigma, placing stricture measures upon the substance and approaching those suffering who are struggling with empathy and compassion.

If you are struggling with alcohol and are unsure if you need help, it is vital that you seek guidance from a healthcare professional. You are not alone.

At Rehab 4 Alcoholism, we offer high-quality rehabilitation & detoxification for all your individual needs.

END_OF_DOCUMENT_TOKEN_TO_BE_REPLACED

Table of Contents
1 The study and its findings
2 Why is alcohol so popular?
3 Normalising alcohol use
4 What does the law say about alcohol?
5 Deflecting the issue
6 So how exactly is alcohol harmful?
7 How does alcohol affect the body?
8 Perception of addicts – the blame and shame
9 References