Alcoholism is a disorder that is generally diagnosed by a medical professional.

Also known as alcohol use disorder (AUD), this condition is caused when the amount of alcohol ingested regularly is excessive to the point that it becomes dangerous to the person’s health and wellbeing.

By the time it reaches the point where excessive drinking is noticeable and impacting interpersonal relationships, work, school, or health, an addiction has formed, and the brain’s chemical makeup has been altered. [1]

Alcoholism is the term that defines these mental and physical changes.

Where Did the Term Originate?

In the 1800s, Dr. Benjamin Rush perpetuated the belief that anyone unable to control their relationship with alcohol must be diseased.

He was a staunch prohibitionist and used his medical standing to create a politically motivated platform that alcoholism is a disease.

He is well known for having been a forward thinker and one of the first doctors to determine that mental maladies were diseases and not the effects of demonic influence. [2]

Why Do People With Addiction Get Labelled Addicts?

Labelling someone is a way of pushing them into a box where that construct creates certain expectations both from the world at large and the individual who has been labelled.

People with addictions get labelled as addicts because it provides a way for medical professionals to know what they are suffering from so that a proper treatment plan can be drawn up.

Unfortunately, the downside of this is that the general public knows very little about addictions outside of pop-culture stereotypes, which means that there is a stigma attached to being labelled an addict. [3]

Why has the Theory of Alcoholism Become So Popular?

Explaining alcoholism as a disease is a way of taking direct blame from the individual by implying that they have no volition in how much or when they drink. This is popular because it makes people who have issues with alcohol feel less responsible for their circumstances.

Alcoholism comes in many degrees and forms, so though there are shared symptoms, the direct causes and treatments are widely varied. For example, one person may be fitted with the label while still being able to reduce their alcohol intake as needed voluntarily (i.e., when properly motivated).

Another person may be completely unable to control themselves. Placing both individuals under the same labelling system makes it harder to determine the actual cause of their problem, which could involve any number of risk factors from genetics to socioeconomic status. [4]

Alcoholism as a Disease

E. M. Jellinek wrote a book in the 1930s which popularized the idea that alcoholism is a disease.

In it, he proposed that there were several different stages of the disease progression.

Does the Belief of Alcoholism as a Disease Cause the Disease?

Alcoholics Anonymous (AA) has a low statistic of success for long-term sobriety. There are several reasons for this, but one is that their approach to addiction treatment focuses on a disease-centric outlook, which takes power out of the individual’s hands.

It puts them seemingly at the mercy of their addiction and the “higher power” that is often called upon in 12-step programmes. Only 32% of people who attend AA meetings remain sober while that number rises to 59% if treatment and therapy are utilized. [5]

Treatments that show a scientifically high level of success are ones where the individual is educated about how their minds and bodies are affected by alcohol.

They are then taught positive coping skills that take the place of alcohol’s numbing and euphoric effects so that they no longer need to seek it out when emotions get overwhelming.

The primary problem with the idea of labelling someone as an “alcoholic” is how this makes their issue appear to be external in nature instead of something within themselves that is capable of being reframed with time and proper treatment.

That is a big problem because, without the sense of responsibility that comes with knowing you can fix your problems, there creeps in hopelessness, which can be hard to overcome.

Why the Term Should Be Challenged

It is a known fact that alcohol is toxic to the human body, even in small quantities. Alcohol is also highly addictive.

These are things that everyone knows, but there still seems to be a cognitive disconnect between what we know, what is acceptable, and what makes us into social pariahs.

Social norms have made it commonplace for people to consume alcohol on a weekly or even daily basis. We see it on TV, and in movies, comics joke about it, and our peer groups accept it as part of life.

Creating a disparaging term for anyone unable to fully control their drinking is unhelpful in terms of social relationships.

It does nothing more than push those individuals away from the help they need and into a dark spiral of addiction.

Removing the word “alcoholic” from everyday speech would go far in helping the public realize that there is a much bigger issue. Drinking and the way it has a negative impact on individuals, and its effect on society as a whole should be accepted without needing a tidy medically accurate title.

Does the Label ‘Alcoholic’ Confuse Identity?

There should be no need for a label to inform us if alcohol is negatively affecting our lives. Any individual who finds themselves having an unhealthy relationship with alcohol should be able to get help without needing to reach the point of addiction.

It creates a false sense of stability for anyone who has not yet reached what E. M. Jellinek would call the Chronic Phase.

9 Reasons Why the Word Alcoholic Should Be Banned 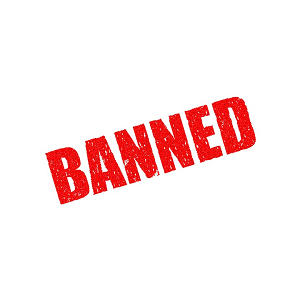 Here are nine ways in which the word “alcoholic” can cause issues for people trying to get sober. These are the reasons why it should stop being used and be replaced by a more neutral term.

What Calling Someone an Alcoholic Can Do

Socially having someone become known as under this umbrella term can create an awkward and sometimes tense environment for them when friends and family members use this term to judge them as a person.

On an individual level, being labelled as an “alcoholic” can cause a sense of helplessness, hopelessness, and create self-esteem issues which will make becoming sober more difficult in the long run.

Calling someone this will also completely ignore the circumstances that brought them to where they are in their life.

It makes people and their unique situations into vague oversimplifications that perpetuate feelings of self-shame and puts a stigma around them. There are ways to address the problem without delegitimizing their individuality. 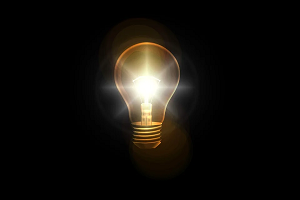 Could the Term ‘Unhealthy Alcohol Use’ Work?

For over a decade now, the scientific community has focused on using a more neutral term for anyone dealing with alcohol addiction issues.

That term is ‘unhealthy alcohol use,’ and it is much more accurate as far as labelling goes.

It can cover the entire range of phases from the Pre-Alcoholic Phase to the Chronic Phase and everything that would not fit under the stereotyped term “alcoholic.” [6]

END_OF_DOCUMENT_TOKEN_TO_BE_REPLACED

Table of Contents
1 Where Did the Term Originate?
2 Why Do People With Addiction Get Labelled Addicts?
3 Why has the Theory of Alcoholism Become So Popular?
4 Alcoholism as a Disease
5 Does the Belief of Alcoholism as a Disease Cause the Disease?
6 Problems With Labelling People’ Alcoholics’
7 Why the Term Should Be Challenged
8 Does the Label ‘Alcoholic’ Confuse Identity?
9 9 Reasons Why the Word Alcoholic Should Be Banned
10 What Calling Someone an Alcoholic Can Do
11 Could the Term ‘Unhealthy Alcohol Use’ Work?
12 References