Ultimate Guide to Mindfulness and Addiction

In this post, we discuss the mindfulness approach to addiction treatment. This approach is common amongst UK-based alcohol rehab centres. Mindfulness can be described as “a non-judgmental way of paying attention to emotions in the present moment.”

Addiction and cravings are clearly behaviours that harm your physical and mental health and tied in with compulsion where you feel as though you cannot stop.

Buddhism teachings state that humans hold onto desires and objects that ultimately cause suffering. This includes attachment to objects, people, substances, behaviours and abstract concepts such as identity.

Intense craving for drugs and alcohol is one way humans manifest this desire to ‘hold on’. Mindfulness thus increases our awareness of these desires and ultimately gives us the power to release these negative desires once and for all.

Since mindfulness focuses on the non-judgmental awareness of thoughts, feelings and cravings, patients are discouraged from ‘fighting’ cravings that typically results in a negative state of being. 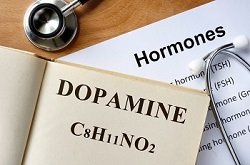 The science of addiction and traditional therapies

Before we outline mindfulness and addiction therapy, we shall outline how an addiction arises in the first place. Essentially, you experience stimuli that makes you feel good about yourself. You remember this good feeling and then seek to experience this stimulus that ‘recreates’ these good feelings. Over time this behaviour is reinforced by either positive or negative effect to the point where cravings arise. You essentially experience urges for these positive feelings to continue.

Alternatively, when certain people are exposed to a certain environment, negative thoughts may lead to negative emotions such as anxiety, anger and depression. In order to reduce this anxiety, the person may resort to drug or alcohol use. This may result in substance abuse and overtime, a number of learned situational and emotional cues will act as ‘addiction triggers.’  These triggers “trap” the person so the addiction takes hold. Addiction is thus an exaggeration of the basic human desire to move toward pleasure and move away from pain.

Negative emotional states and cravings are the primary cause of relapse. Traditional anti-craving medications such as topiramate attempt to reduce cravings for drugs and alcohol use. However, these medications are only effective for some, and research indicates the effectiveness of these treatments is largely influenced by patients’ genetics.

Traditional cognitive therapy likewise targets these cravings. For instance, CBT teaches patients to avoid identified triggers of addiction or to engage in substitute behaviours such as chewing gum or chewing carrot sticks rather than smoking. Traditional CBT also seeks to change belief systems and alter unhealthy ‘automatic thoughts’ that encourage addiction. By and large, these therapies are only moderately effective. For instance, around 70% of smokers wish to quit, but only around 5% succeed when traditional CBT is employed.

Mindfulness takes a different approach to traditional CBT. Mindfulness attempts to uncouple the link between cravings and drug/alcohol use and tries to prevent the craving from arising in the first place. Mindfulness promotes self-regulation of attention so that it is maintained on an immediate experience, thereby allowing for increased recognition of mental events in the present moment.

Unlike traditional CBT, mindfulness does not attempt to encourage the patient to avoid or substitute addictive behaviours. Instead, mindfulness drives a wedge between cravings and their resulting behaviours. 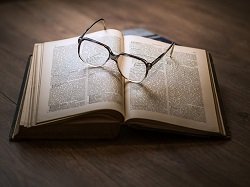 The history of mindfulness and addiction therapy

The idea of utilising mindfulness in the fight against addiction was first proposed by American psychologist Professor Alan Marlatt in the early 1980s. Professor Marlatt utilised an ancient form of mindfulness known as Vipassana to help heavy alcohol and drug users overcome their addiction. During an 8-week period Prof. Marlatt taught addicts how to meditate in the Vipassana tradition. All of the participants were prison inmates. Professor Marlatt’s study showed an improvement in the participants’ mental outlook as well as a decrease in substance abuse upon their release from prison.

However, these gains were not sustained over time. Professor Marlatt attributed this to the fact that the participants did not continue to meditate once they were released from prison.

Following Professor Marlatt’s study in the 1980s, mindfulness has since been passed into a number of Western treatments. This includes: 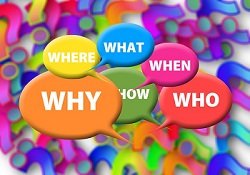 Why mindfulness helps people who suffer from addiction

If you’ve ever taken part in a mindfulness meditation session then it’s not hard to imagine why this activity has potential in helping people who suffer from an addiction. Mindfulness helps the patient to improve his or her ability to pay attention to emotions as they arise in the present moment. This improved level of attention helps the patient to gain a better understanding of his or her addiction triggers, including automatic behaviours that give life to addictive tendencies.

Guiding patients’ attention back to the present moment increases their awareness of their habitual habits and cravings so “uncoupling” of cravings and addictive behaviours may take place.For instance, if you want to quit smoking, mindfulness will allow you to recognise the vile nature of inhaling harmful chemicals and thus motivate you to want to quit. Mindfulness replaces automatic responses with disenchantment to the addictive behaviour. For instance, this woman who attended mindfulness sessions for smoking addiction realised that “cigarettes smell like stinky cheese and tastes like chemicals”.  This woman was only able to come to this realisation due to her increased awareness of her habit gained through completing mindfulness treatment.

Mindfulness also helps people to react to discomfort differently. When an uncomfortable feeling like a craving or anxiety arises, mindfulness teaches these patients to recognise these discomforts, and observe them non-judgementally, instead of automatically engaging in addictive behaviours.

Furthermore, mindfulness helps patients admit they have a problem and overcome their denial. Mindfulness thus enables patients for life in recovery. 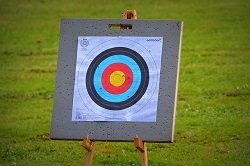 The goals of mindfulness in defeating addiction

The key goals of mindfulness in defeating addiction include:

Implementing mindfulness in the treatment of addiction

If you choose to implement mindfulness in your practice, we urge you to adopt the person-centred or Rogerian approach to treatment i.e. adopting an accepting and non-judgment outlook that allows you to bond with your patient and creating an environment of “unconditional acceptance”.

Once you’ve created this environment, you will need to implement a variety of meditation techniques. During meditation, the patient must focus on an object. This is typically the breath as it is expelled from the nose. This is known as mindfulness of breathing. As the mind wonders, attention must be re-focused on the breath as it leaves the nose and touches the lips.

Below we list common meditation techniques you may implement:

We also recommend you teach the concept of urge surfing. Urges are a distressing feeling fuelled by a build-up of cortisol. This teaches patients that cravings are like waves. Patients are taught to observe the urge wave as it rises and passes, rather than trying to fight or control the craving. This allows the patient to learn alternative nonreactive responses to their cravings and weakens the intensity of urges over time. Each time you surf the urge the weaker that urge becomes. If you consistently surf the urge, the urge will eventually go away.

Immediate and long-term benefits of mindfulness

The immediate benefits of mindfulness we’ve observed in practice include:

Long-term benefits of mindfulness include:

The history of mindfulness and addiction therapy